In the heart of Vordingborg is The Danish Castle Centre – a reminder of the medieval heyday in South Zealand – told in a new way.

The Danish Castle Centre is a historical museum that recounts the history of Denmark based on Vordingborg, the home of the Dannebrog. The museum is located in the Vordingborg Castle grounds, in the middle of the country’s largest ruin. The castle, built by King Valdemar the Victorious, is probably best known for the Goose Tower, which still stands proudly overlooking the Farø Bridges.

A new way to tell an old story

The museum is housed in two old half-timbered houses from the 1700s, and features a unique exhibition of artefacts from Denmark’s past in the exhibition in the basement, which is beautifully decorated. In the basement, you will be welcomed by actors who will give you a sense of what Denmark looked like more than 200 years ago.

A guided tour is another experience, as it makes use of an iPad and headphones, which together make it possible to see the castle in its heyday, while learning about its history. You can also go on a virtual Ghost Hunt on the castle grounds!

Special exhibitions and the Dannebrog

Archaeological finds from Vordingborg and the surrounding areas are on display in the Danish Castle Centre’s exhibitions, as well as jewellery, weapons and other exciting finds from the time of Valdemar Atterdag (Valdemar IV of the New Dawn)!

In 2019, the Danish Castle Centre celebrated the 800th birthday of the Dannebrog. The Dannebrog was taken to Vordingborg in 1219 after a great battle in Estonia, which almost ended fatally, but (if the legend is to be believed) still worked out in the Danes’ favour.

1. In the Middle Ages, it was the largest royal castle in Denmark, covering an area the size of eight football pitches!

2. The weapon of war called the “trebuchet” could launch stones, fireballs and other ammunition, as well as beehives, dead animals and prisoners of war, should you want to spread disease and terror among the enemy!

3. There were nine castle towers, 12 half-towers and a 770 m protective wall!

Within 30 minutes of The Danish Castle Centre Since 1825 and thus for many generations Rønnede Kro has been a rallying point both as unique local history and guest house. Today Rønnede Kro has opened its doors after a thorough restoration. The in... 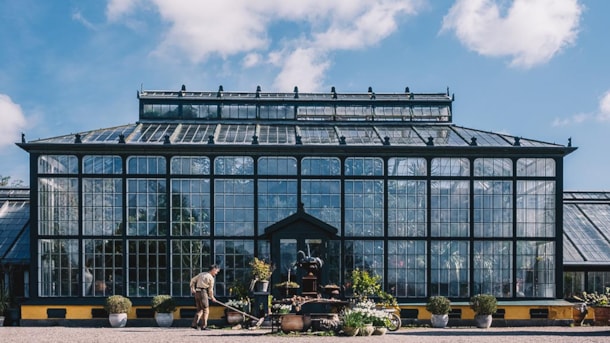 The World Exhibition in London in 1851 sent a wave of inspiration through Europe with its impressive ‘Crystal Palace’. In the last half of the 19th... 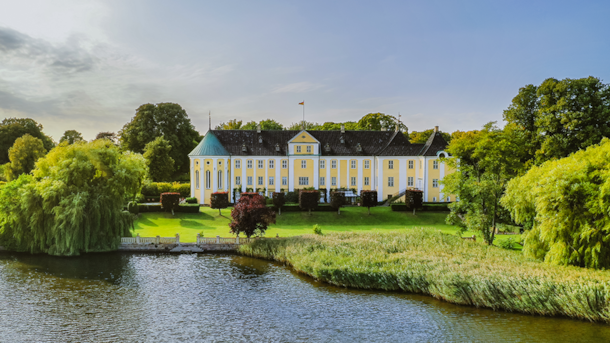 Gavnø - the Island of Flowers - where historical memories, art, nature and flowers are united in one place. Already in the 12th century there was a pirate's castle at the island. In 1398, however, it ... 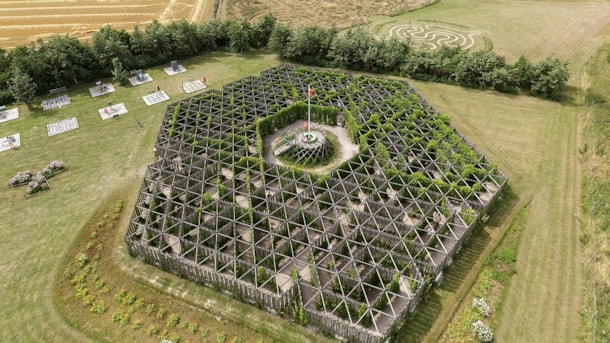 You are bound to be a bit of both when you try to find the 6 checkpoints that are hidden in the dead ends of the Ivy Maze.