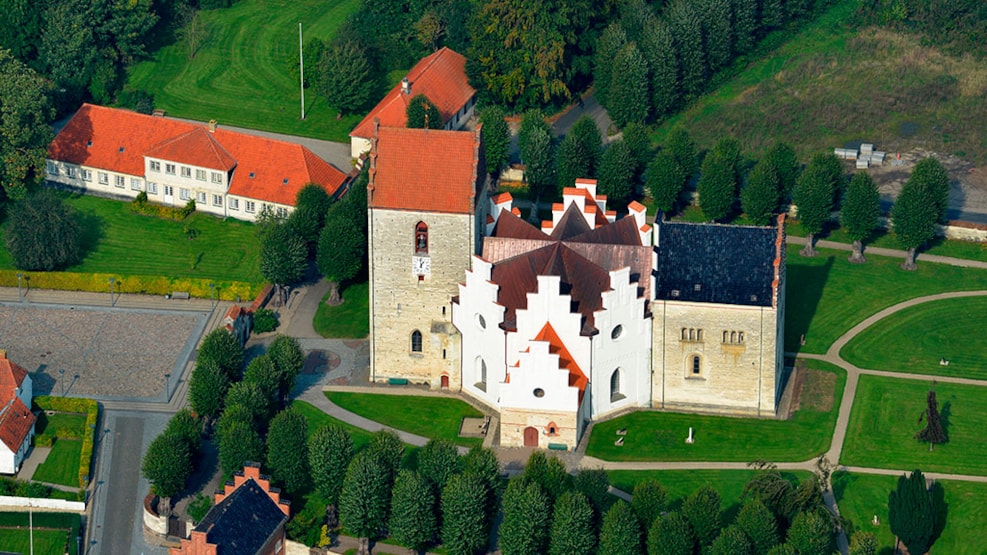 This unique market town church was built in limestone from Stevns cliff around 1200 with octagonal nave and rectangular choir.
Probably with the king as builder. Later, terraced tower and porch to the south.

After a lightning strike in 1670-ies the octagon was totally renovated, but in a very appropriate way. A thorough restoration in 1853 gave the church its present form, the interior is characterized by the restoration, which also added a north wing to the building.

By medieval furniture remains a celebrant from around the 1520th Altarpiece from 1836 by J. L. Lund, Font and evangelist of JA Jerichau. Organ from 1877 by Knud Olsen, and a new organ from 1976 by Frobenius.

It is also an exciting experience to see the old monk times, from which one of the top times have sweeping views of the city and surrounding area.