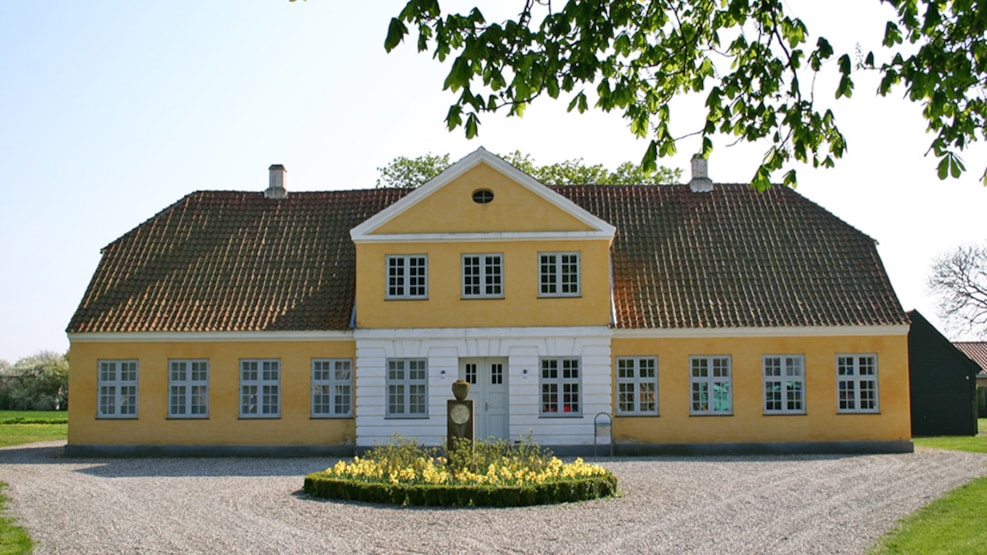 Kong (Køng) Museum is a museum with fabrics that is located in the main building of a textile factory from the 18th century.

Niels Ryberg, who was born in Salling, North Jutland founded Kong Factory. His father was a copyhold peasant farmer, but Niels Ryberg was a merchant apprentice and became one of the richest in the country. He bought several acres of land at an auction in Vordingborg Cavalry estate in 1774. The land included Kong, where he started a large linen factory in 1783 with a weaving mill that involved damask and drills, which a few years later went on sale at Børsen in Copenhagen and until its end in 1923 was a supplier to the Majesty.

Kong grew with the factory, which in the Age of Enlightenment made sure for education for the poor girls in the village by putting them in spinning schools and the boys in the factory’s various workshops.

Vordingborg used the factory’s beautiful main building, Gl. Øbjerggård from 1781 to live in after the moving of the factory to Vintersbølle. Unfortunately during the years it wasn't maintained and if it weren’t for a group of local fiery souls who did a huge effort to preserve the building it would probably have been demolished. The restoration of Gl. Øbjerggård was in 1999 rewarded by the Town Council of Vordingborg. Two other buildings from the factory’s time still marks the town; the spinning school from 1780 was restored in 2014 and the hospital from 1793 that ensured workers from the factory provision in their old age.

The museum shows a permanent exhibition of the history and the manufacturing of flax, furthermore changing exhibits with primarily contemporary textile art with a focus on flax – see the museums website or Facebook.