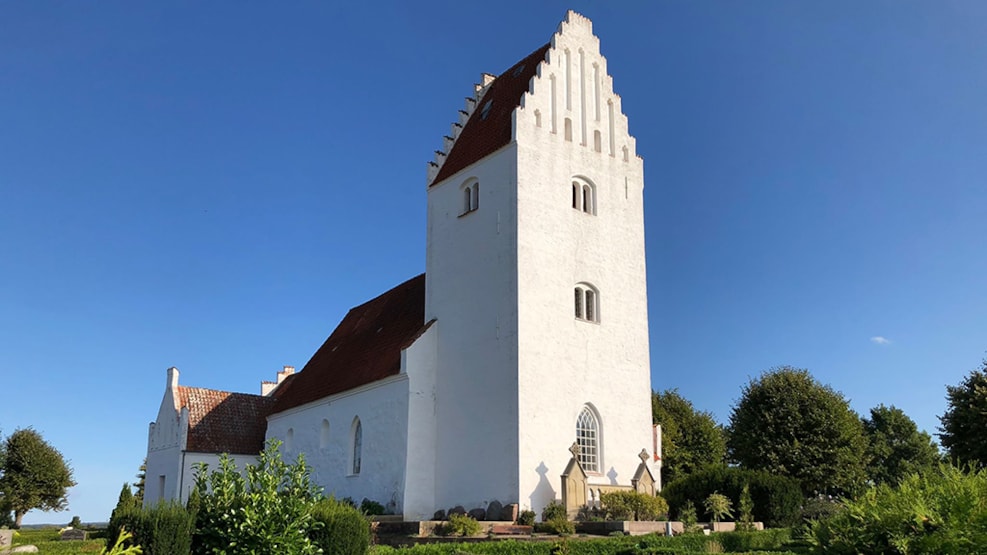 The church in Kastrup is originally consecrated at St Clemens. This is also the main figure of the altarpiece from 1520 that was made by the "Apostle master" in Næstved.
Choir crucifix from 1300, manufactured by the "Madonna master" in Næstved. Originally Roman. Later changed in the gothical style.
Pulpit around 1600 of Bertel Snedker, Vordingborg. It is said that the pulpit originally was manufactured for "Vor Frue Kirke" in Vordingborg - however it was not "fine" enough. Schip and choir originally Roman. 1480 gothical converted. Additionss around 1480: Tower, Sakristie, porch.
Divine service usually Sundays 10,30 o'clock.
At the cemetery: German war graves of World war 2.

During the summer period from the 1st of July to the 31st of August, the church thrives as a open church. The church is thus open to the public Tuesday to Thursday from kl. 9 - 15, unless it is preoccupied with ecclesiastical acts.