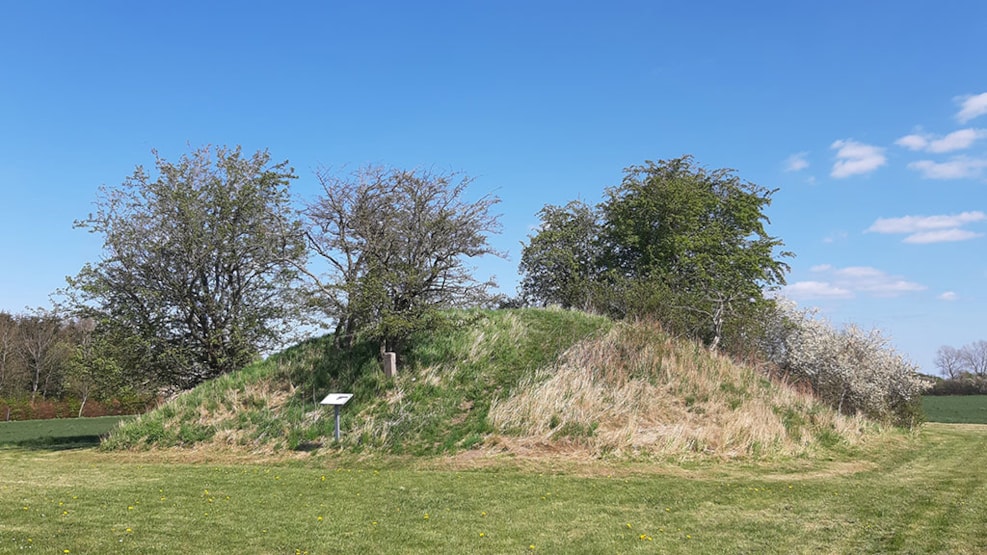 By Barup just east of the road Hellested and Karise is a Bronze with a magnificent view of Tryggevaelde Creek . The mound is known all over the Danish country as " Elverhoej " - elf king's residence. the Hawthorn on the mound, according to an old legend a gift from the chief of Stevns. Elves guarded apparently jealously gift. At least there are other narratives about people whose horses died after they had taken branches from Hawthorn.

King of the Elves ruled the Stevns and tolerated no king in his kingdom. In Denmark's most performed play " Elverhoej " ventured the Danish national king, Christian IV, however, exceeding Tryggevaelde and tread Stevns land with the famous words: "Well , this is not the Rubicon, and well, I'm not Caesar, but I say Jacta est alea (dice are thrown) ", before he rushed to his royal palace to unravel old wiles and join the young lovers with the equally famous words : "and now for Hoejstrup".