The fort Stevnsfortet was located on the very frontline – Denmark and NATO’s secret element of defence during the Cold War. A story you may remember, but don’t really know! Visit the Cold War Museum in South Zealand.

For 40 years, the Stevnsfortet fort was poised and ready in case a war broke out between the East and West. We don’t have to go further back than the year 2000 to find the fort still manned. The place was left from one day to the next.

A Danish fist towards the east

The Stevnsfort Cold War Museum is part of Østsjællands Museum, The Museum of East Zealand. It’s more or less exactly as it was when it closed in 2000. On a guided tour, you get access to the long corridors and underground rooms.

Stevnsfort’s 1.7-kilometre-long corridors are carved into the limestone of Stevns Klint, and were built to withstand nuclear war. Fortunately, we never found out whether they work.

Above ground you can see an – authentic – unit of the American missile system HAWK, which was based on Stevnfort’s terrain from 1984 to 2000

Test firings that got a little too close for comfort

An urban legende tells the story of two armoured turrets were each equipped with two guns. These guns each had a range of 33 km, which meant that they could cover the entire Øresund. This was roughly equivalent to the distance from Falsterbo in Sweden, where the manned Falsterbo lighthouse stood. Nevertheless, test firings were still made, landing close to the lighthouse. One day, when the wind, trajectory and height of the cannon were all just right, one round came so close to the lighthouse that its windows and doors were shattered and rammed, and the staff were knocked to the ground. Fortunately, that was all that happened. But they still called – somewhat appalled by the situation – to ask what the hell was going on!

Three interesting facts about the Stevnsfort

1. When the Stevnsfort’s new underground operating room – the O-room – was completed in January 1986, it was equipped with state-of-the-art electronics. Among other things, an electronic network through which one could send photos to NATO allies! Generally, much of the weapons technology development during the Cold War was the forerunner of technology that we take for granted today.

2. Although Stevnsfort is on land, it was part of the Navy, as it had to defend Danish waters. So officially, Stevnsfort is a ship! For that reason, they used maritime expressions and wore blue navy uniforms.

The HAWK missile battery, on the other hand, was part of the Air Force.

3. Members of the Warsaw Pact knew that Stevnsfort was where it was. So ships from there often had ‘engine failure’ when they sailed past the fort, making them come to a stop. From here, they tried to intercept radio communications.

Hear more about these stories, and many others, when you visit Cold War Museum Stevnsfort.

Within 30 minutes of the Stevnsfort Cold War Museum 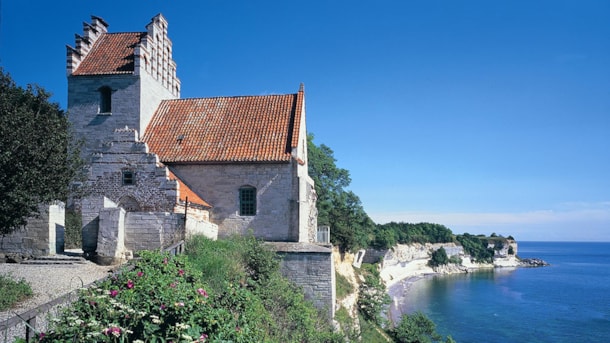 The church was built by a boater in distress who promised to build a chapel if he was saved.

The church is located on the 30 m. high cliff. It was consecrated in 1357 , but the sea undermined the cliff... 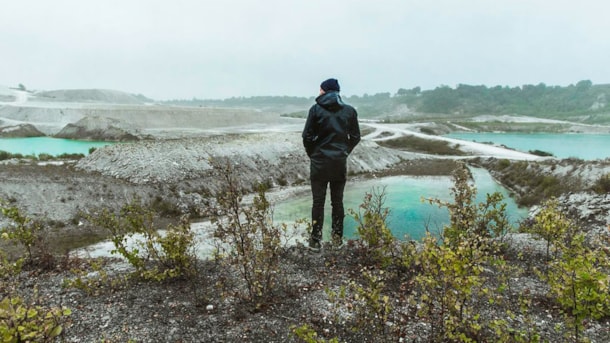 In the middle of Zealand is Faxe limestone quarry - a piece of Danish history that has had great significance millions of years ago!

Stevns Klint was inscribed on the UNESCO World Heritage List of natural properties in 2014. This is why Stevns Museum presents an exhibition on the criteria...