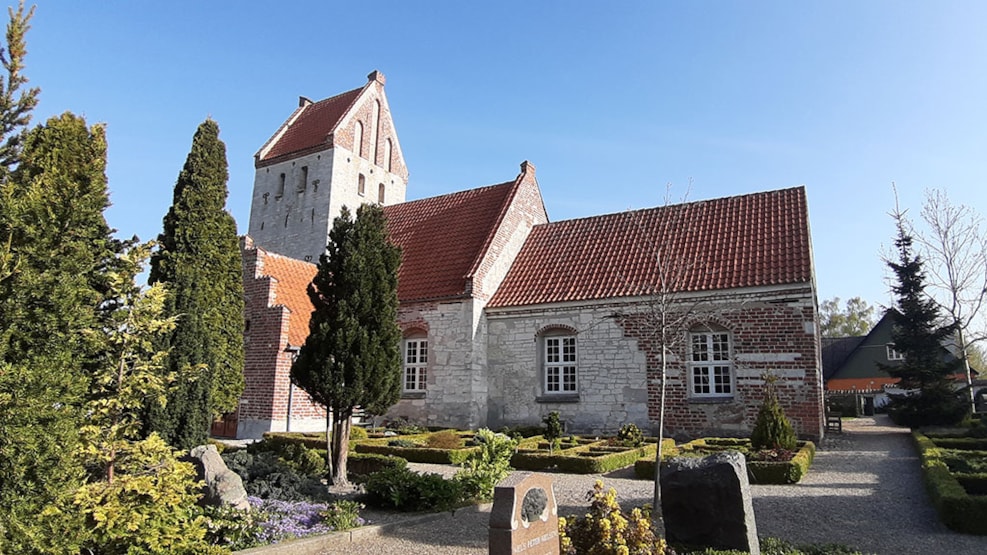 The church is located just east of Tryggevaelde river valley and at the highest point in the city and
among the older chalk churches in the municipality. It is built with a nave and chancel in Norman to say. in the years 1080-1175 and, somewhat unusually, at the end of this period been added to the tower.

In the late Gothic time 1475-1536, the buildings and roof gabel end added. They are built of red brick, probably recycled from nearby burned large yard.