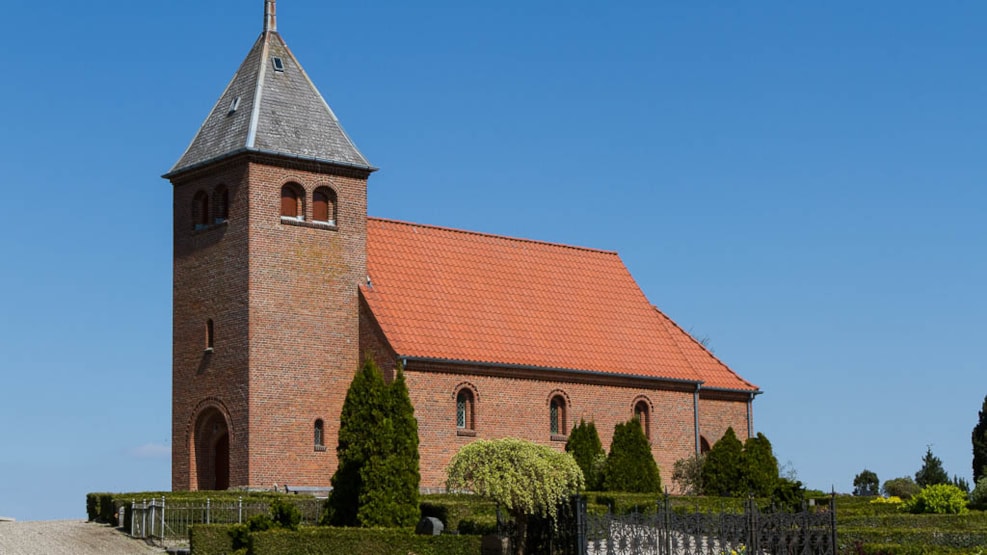 Svinø Kirke was built 1900 due to a large desire of the local population on Svinø. Svinø was however never separated as an independent parish of Køng parish, but is a church district in Køng parish. In the porch of Svinø church you find brochures of the church.

More over you find brochures of Svinø memorial grove, which is situated directly north of Svinø kirke. During the Second World War 108 allierten fliers were buried here, who crashed over the southern Zealand, Mønn, Lolland and Falster and the waters around.

1948 the 46 American fliers were dugup and re-buried, partly in Belgium, Holland and Luxembourg and some were brung home in the US. Remaining 62 British flies from different Commonwealth countries lie.
The memorial grove is inspected and administered by the Commonwealth Wargraves Commision.

Every year on 4 May a large commemoration is held in Svinø kirke and in the memorial grove with representatives from the embassies of the contries that have dead ones buried in Svinø memorial grove and flight over of the air force.