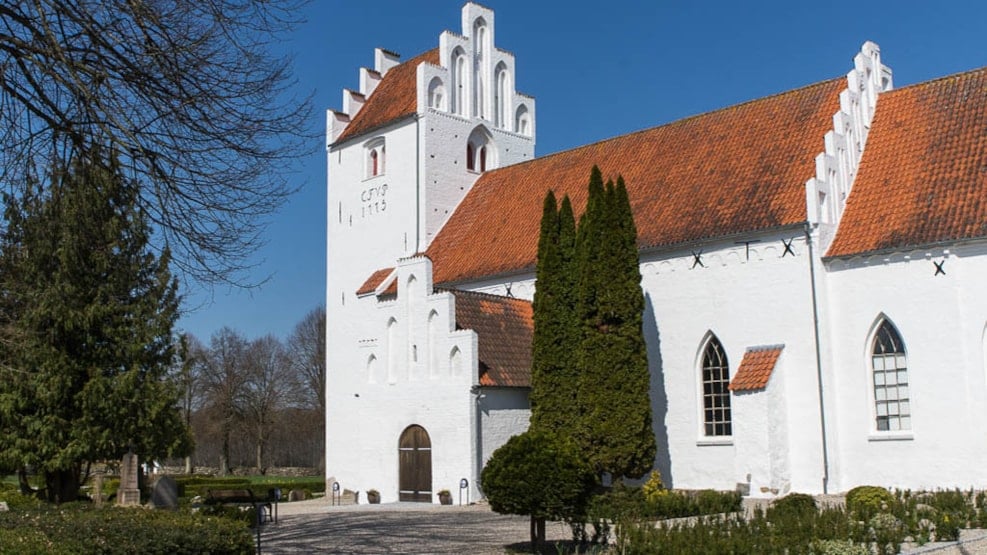 Skelby Church is especially remembered for it's high nave with vaulting supported on slender pillars.

The pulpit is renaissance, but an Aron figure was added as a foot in 1650. The bowl in the romanesque font is formed as a four-leaf-clover.

The churches of Skelby and Gunderslev are by far Denmark's most closely situated churches. They are in fact neighbours on either side of the River Susaa.