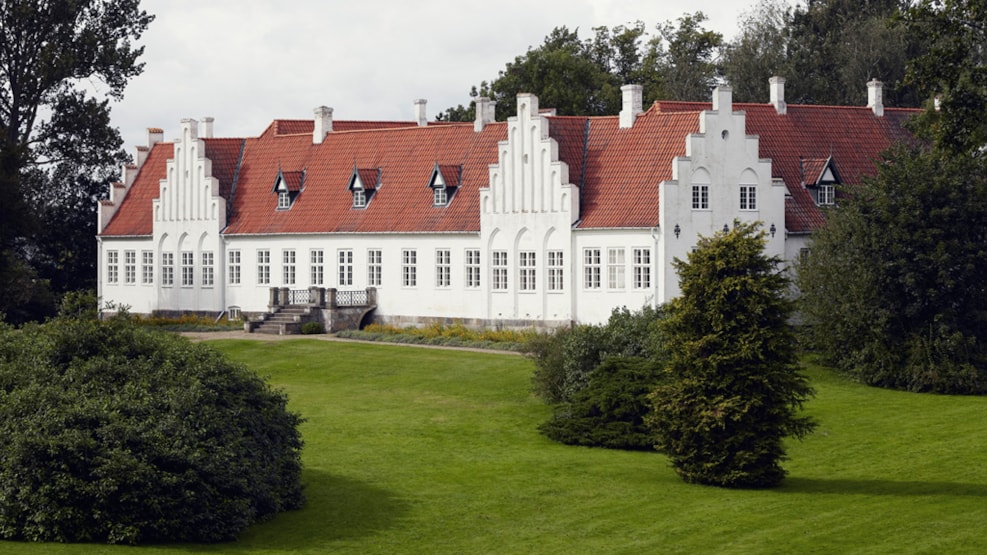 On the fringe of Næstved, past meets present in the idyllic surroundings of the manor Rønnebæksholm. Rønnebæksholm’s history dates all the way back to 1321 where the building presumably were fortified as castle and lay well protected on a islet surrounded by water and marsh.

The manor has changed hands between a long line of noblemen throughout the years, and they have all left their mark on the place.

In the fifteenth hundreds, the place was a key player in King Christian II’s wish to see Denmark become a self-sufficient gunpowder nation, and at a royal request the lord lieutenant Gert Bøsseskytte – who then lived at Rønnebæksholm – built the country’s first powder mill on the estate of Rønnebæksholm.

In the eighteenth century, a notorious oppressor of the peasantry – the mad chamberlain Magnus Beringskjold – lived here until fortunately for the peasants he committed high treason, and following a dramatic arrest was imprisoned at Kastellet in Copenhagen.

The buildings have been renovated many times, and in the 1840s when Harald Toft acquired Rønnebæksholm, the main building got its current neo-gothic appearance with the castellated gables, whitewashed walls, and red tiles. However, Harald Toft died before the renovation was finished, and his widow Marie Toft completed the building. She married the Danish poet laureate N.F.S. Grundtvig to whom she built the folly Venligheden in the park.

The history is present at Rønnebæksholm and in many activities the cultural heritage comes alive in an exploration of contemporary times and a rethinking of history. Through centuries, the changing owners have renovated the buildings with respect for the past and look towards the future. Thus, even though the buildings today house a plentitude of cultural activities, their original functions are still visible.

In 1994, the municipality of Næstved acquired the farm buildings and in 1998 the main building.