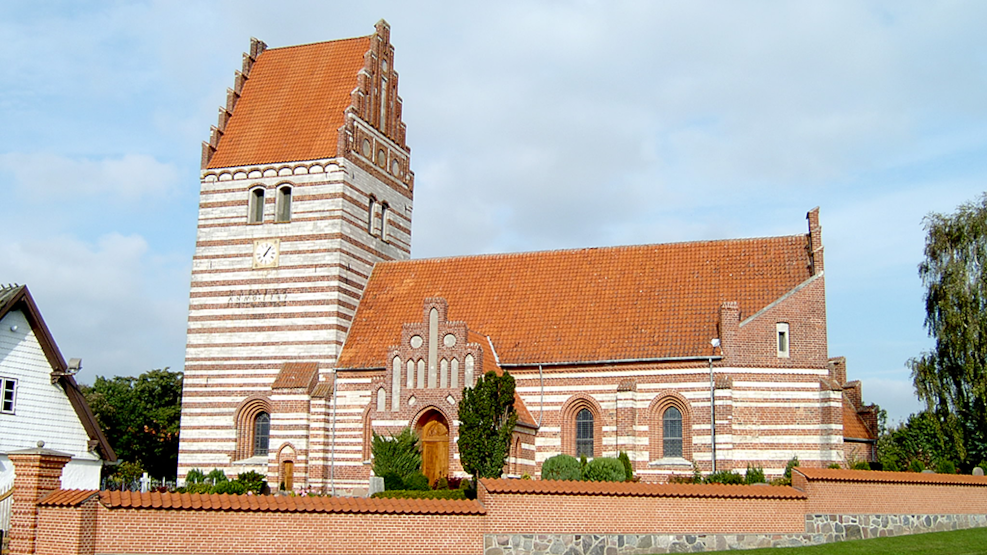 Roholte church was built by King Christoffer of Bavaria in 1441. It is built of monk and limestone from Stevns.

The church remained the king's property until 1677 when Chr. 5 gave it to Merete Urne at Lindersvold, reportedly as a thank-you for her late husband Colonel von Schildren's services in the war. In 1737 the church at Lindersvold passed to Gavnø Gods and Otto Thott through his marriage to Birgitte Kruse to Lindersvold. In 1953, the church became self-sufficient.

Roholte Church is quite decorative with its belt murals and the distinctive, triangular choral part. In Latin, there used to be a beam under the church's crucifix crucifix: "This Temple is founded on King Christoffer of Denmark's Year 1444. Bernt Nielsen".

In the same year, long houses and choirs were erected, and the inscription can now be seen on the tower arch. The tower and the sacristy are from approx. 1500th
In 1884, a major refurbishment was carried out, including raised the walls, built a new roof gable on the chancel pylon, inserted new pointed arched windows and renewed the porch. On the north side are traces of female entrance. The beautiful glare of the tower is of the so-called Præstø type.