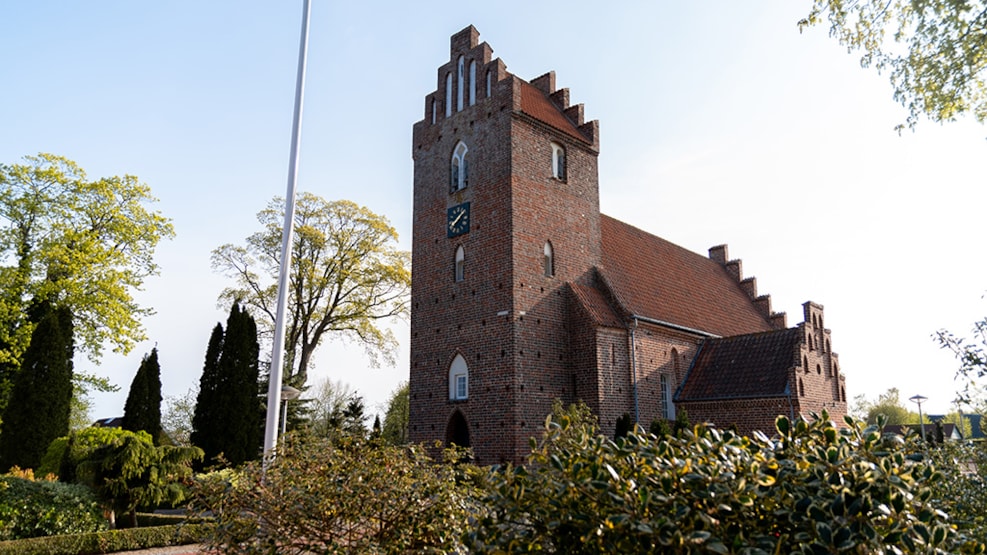 The Roman inspired church was built approximately 1260. It belonged to their time to the crown and was 1721-1776 under the rider property. By the sell baron R. Iselingwas handed over the church, under who it still belongs.

Ørslev Kirke is a lateRoman clay brick building from about 1200-1250, although the largest part exists from newer additions from about the 1600 century, where the choir was rebuilt and the tower was put up. A narrow vestry was built 1717.