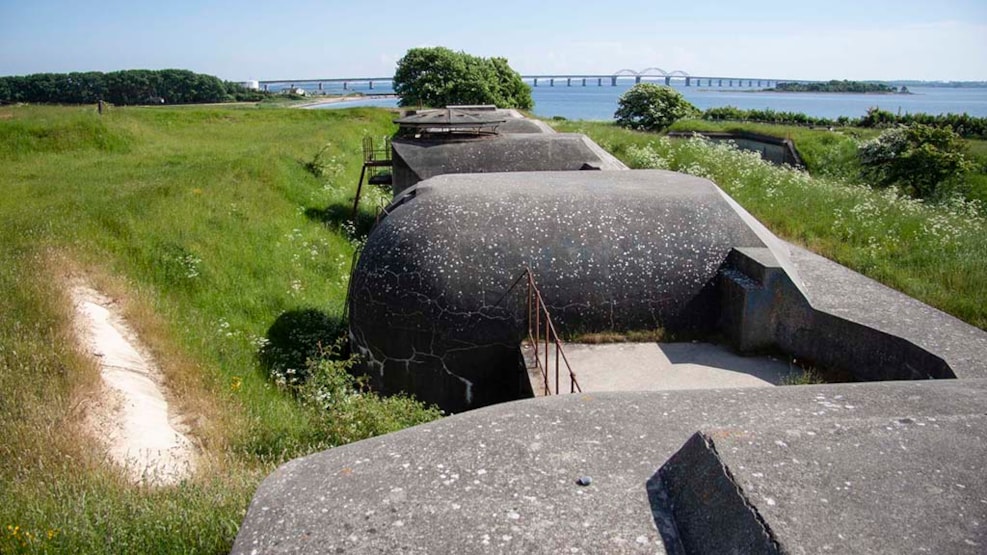 Masnedøfort was built in the years 1912-15 to secure the connection between Zealand and Lolland-Falster. Until 1923, the fort was staffed with 225 artillerists. From 1932, the fort came under the Navy's coastal defenses until German paratroopers captured the fort on April 9, 1940 – incidentally the world's first landing of parachute troops.

The Germans thus had command of Masnedøfort throughout the Second World War. In the years to follow, the fort, among other things, has served as a penal and isolation camp for criminal refugees and as a top secret mine depots for the Danish military.

In 1974 Masnedøfort was purchased by the Municipality of Vordingborg and in 1995 it was preserved as a national historical monument. Today is houses a division of the Danish Home Guard, a theater, occasional rock concerts – and since 1997 the annual Summer Exhibition with professional visual artists, initially organised by BKF Storstrøms Region in collaboration with the Municipality.

All artists at the first Summer Exhibitions were local members of BKF (The Visual Artists' Federation). Today, guest exhibitors from the rest of Denmark and from abroad are also invited, most often from Germany, and thematic / special exhibitions, concerts, author evenings and the like are also in the program during the exhibition period.

This year's participants and events can be viewed on the website www.sommerudstillingen.dk, where you will also find an overview of all previous exhibitions, from the first in 1997 until today, as well as pictures and films. The practical work on the Summer Exhibition, which typically takes place from the end of June to the beginning of August, is handled by a working group, formally organized in an association made up of current and former exhibitors at the Summer Exhibition.

The inside of the fort is only accessible during the Summer Exhibition or other events, but the outdoor area is open and accessible for free every day, all year.