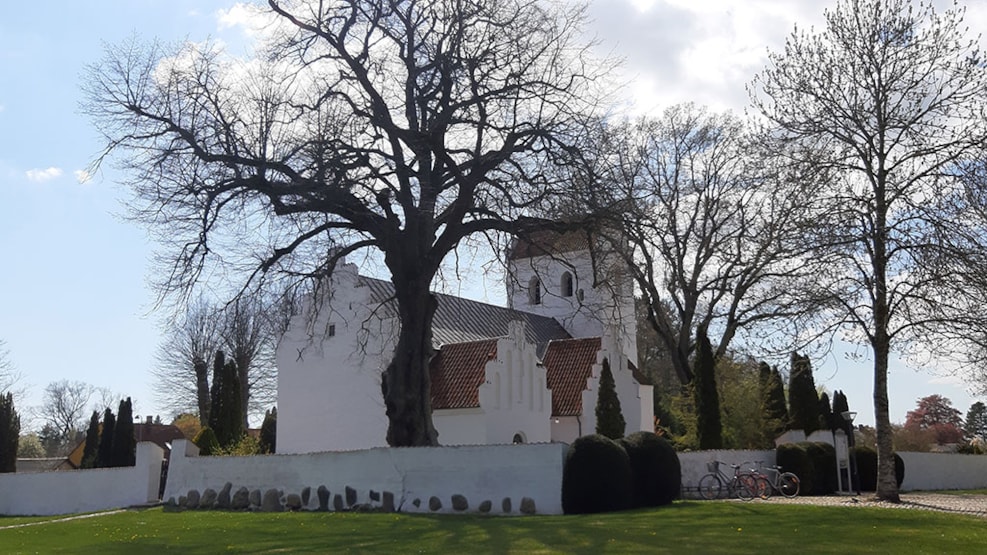 The church is a Romanesque limestone, and nave and parts of the original tower remain. The tower is north-south.
Later the church was enlarged in the Gothic style. The church was in 1867 copper on the ship, the other roofs are tiled.

Both inside and outside sees walled 'heads' of chalk. The altarpiece and the pulpit is from the 1600s. The font is of Norwegian marble from approx. 1800, and the font is a fontehat in sprout form from the 1625th

In the church notice the beautiful side figures from a previous crucifix. The side nave of the original altarpiece, painted on oak planks.

In the churchyard are several granite stone with relief made by the famous painter and sculptor Niels Larsen Stevns.

On the north side lie two pilgrim chests of limestone tiles, probably just as old as the church itself.