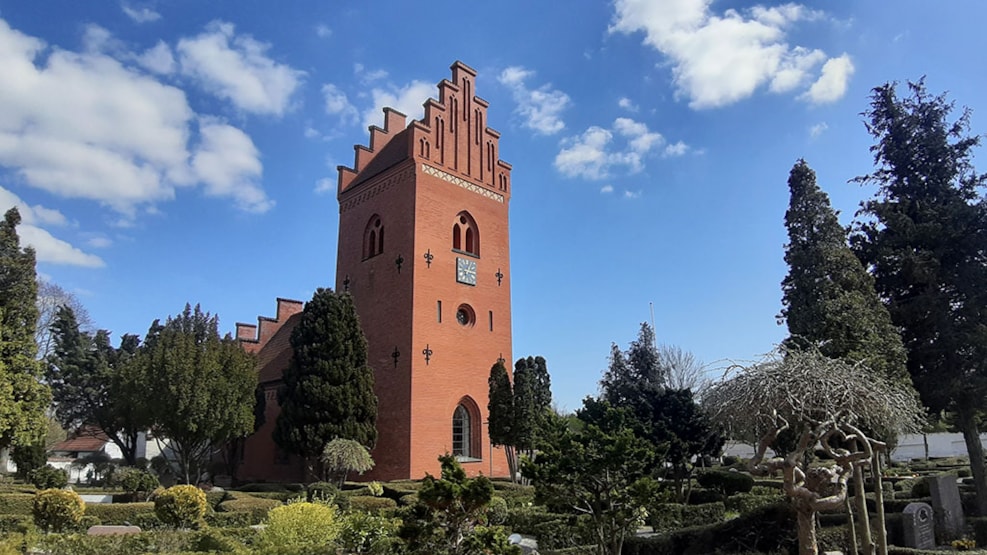 The church dates back to 1250, originally built of chalk-stone.

In 1880 the tower broke down and a thorough restoration was necessary. After that, the church appeares as a Gothic village church. Tower and porch were re-erected in red bricks, and the rest of the church except the vestry from appr. 1500 was faced with the same type of bricks. In 1990 a thoruough restoration of the tower was nescessary again.

The altarpiece dates from 1630. In 1940 two wings were added. On that occasion the original altarpiece was found, depicting the Lords Supper. It was hidden under a painting by F.L. Storch now hanging near the orgen. The churchs first front was made of granite. I 1863 it was replaced by the present one of "galvanoplasty". The medieval font can now be seen in Smerup church. The pulpit was carved in 1613 by Engelbert Chastensen. The beautiful carved entrance door shows the year of 1559. The painted vault decorations date from 1883.