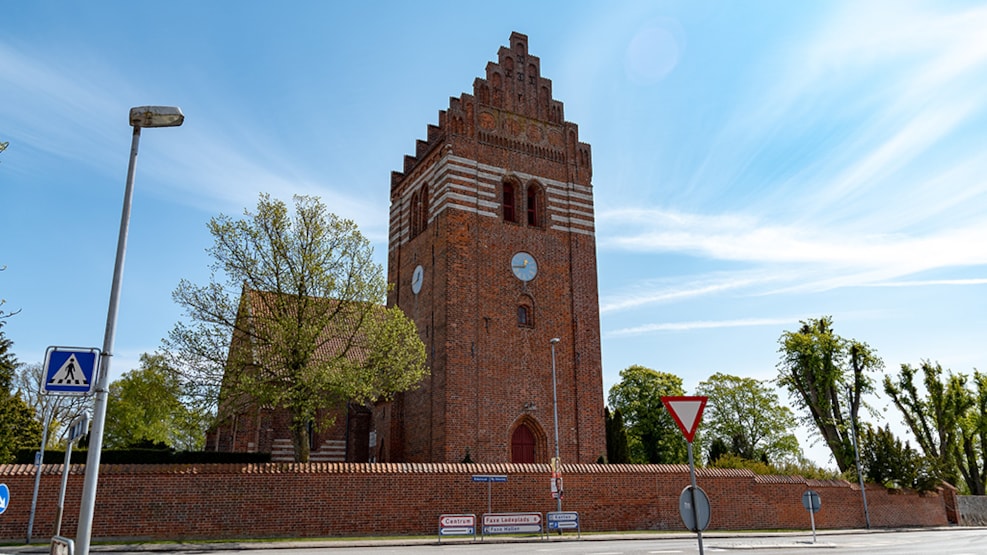 The church is placed high on Faxe Kalkbanke and can be seen widely. The large 40 m long building is a late medieval longhouse, build shortly before 1492, when the University of Copenhagen was handed over the church by a gift letter from King Hans - an ownership relationship that first ended in 1934.

Of extensions there is on the north side a sacristy, build roughly at the same time as the church, and partly a sizable chapel, which received an extensive expansion 1638-39. Between these extensions is a small burial chapel from the early 1600s. The tower with the elegant belt-walled white limestone strips is build approx. 1500th

The pulpit is from the 17th century, altar picture from 1717. There are frescoes in the porch.
In 2014, a major restoration of the church was made.

See the church in 3D here.