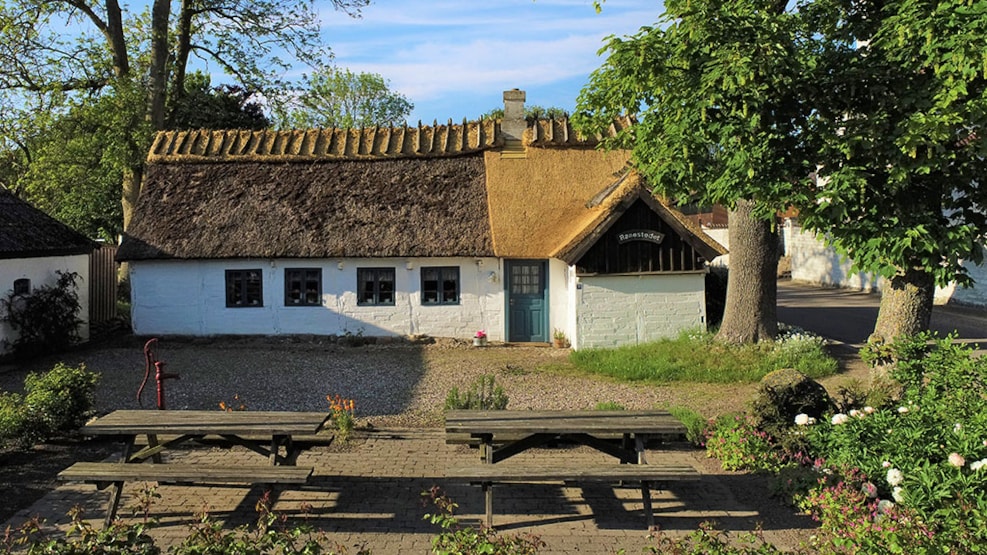 Varpelev most likely got its name after King Varpe who lived here during the Iron Age. According to place-name researchers should suffix lev come from around the birth of Christ and mean: heritage. Varpelev therefore means: warped heritage.

Egnsmuseet Ranestedet opened 27. oct. 1990. The property, which today appears as a small thatched house with an outbuilding contains various agricultural and household utensils and furniture from mid- 1900. From the approx. 4.500 m2 of land is a magnificent view over part of Tryggevaelde Creek.

In the bottom half of the land there will be furnished one museum garden with old Danish plants and shrubs as well as a playground for children. Behind the building is a smaller area with fruit trees and cabbage garden.

Cadastre as well as the village Varpelev belonged in the Middle Ages to the manor Gjorslevs soils. On this was built the manor Varpelev Farm, which in the 1200s was owned by King Eric Clipping chamber master, the nobleman Rane Jonsen. Varpelev farm burned to the ground circa 1365 and was not rebuilt.

On the grounds today is a minor property built in 1778 in Stevns limestone of a tenant farmer, layman and peasant bailiff Jørgen Hansen. The house was after changing owners sold to Vallø Municipality in 1985 in 1990 to be transferred to the private foundation Ranestedet, who is now responsible for the protection and conservation of the building. On the opposite side is Varpelev Church located, which was built by Rani Genus, who owned Gjorslev goods 11-1200 century. The church was built using limestone and red stones from the ruined Varpelev Farm.