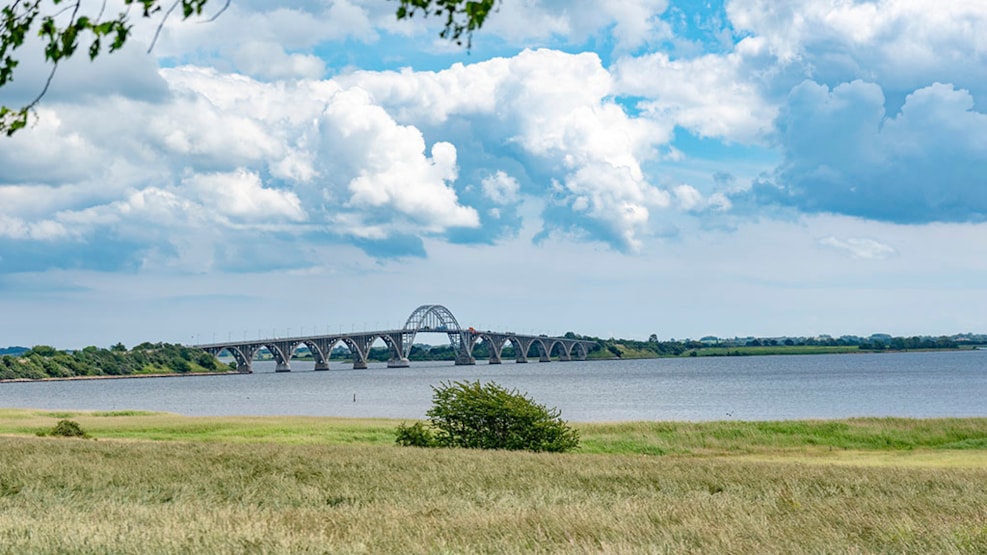 The bridge Dronning Alexandrines Bro is also known as Mønbroen or Ulvsundbroen. It goes from Kalvehaveto Koster, thus extending from Zealand and Møn over Ulvsund. When it opened, the bridge replaced the ferry between Koster and Kalvehave.

Construction started in 1939 and the bridge opened on 30 May 1943, when it was inaugurated by Queen Alexandrine and named after her.

The bridge was designed by Anker Engelund and is 746 metres long. The central arch span is 127.5 metres wide and 26 metres high in total. The bridge is an arch bridge, with arches over the roadway, and underneath it is made from reinforced concrete and steel. It is one of the most beautiful bridges in the country.

The bridge Dronning Alexandrines Bro has been featured as a motif on the 500 crown note since 2009.