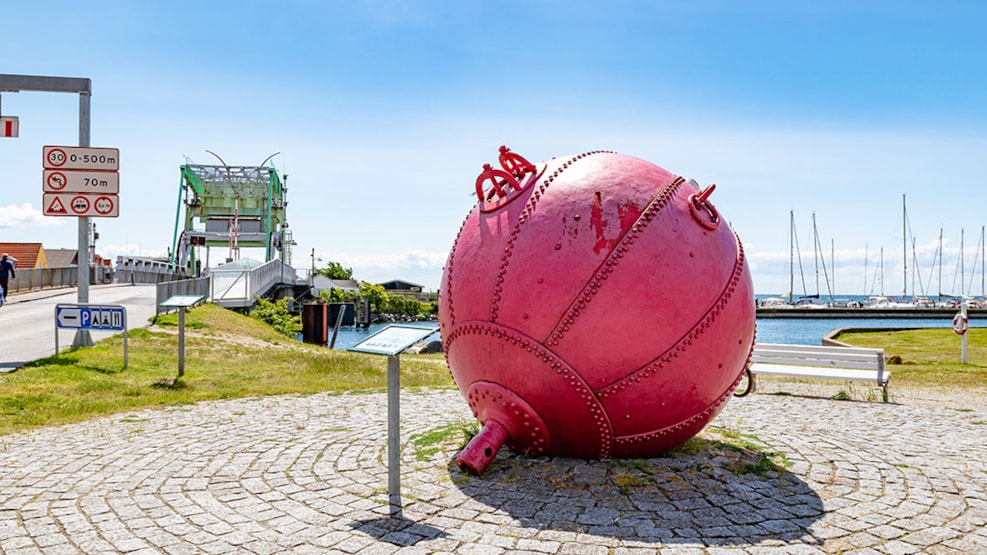 Kludekorgeren which stands by the Græshoppe bridge in Karrebæksminde comes from the old Maglemølle paper factory in Næstved. However, many people mistakenly believe that it is a mine from the time of the war.

Kludekogeren is one of two that were manufactured in 1873 in Copenhagen, they were used at the old paper factory Maglemølle in Næstved to sort and clean cloths.

When a better way to clean raw material was found, the cloth boiler was taken out of production and it was then used as a mooring bar for barges and for larger ships in Karrebæksminde outer harbor. However, it was not always enough to use the cooker with the 5000 kg large anchor and therefore the cloth boiler occasionally had a trip across the seabed.

The cloth kettle was sandblasted and painted in 2001 and the square is being renovated.