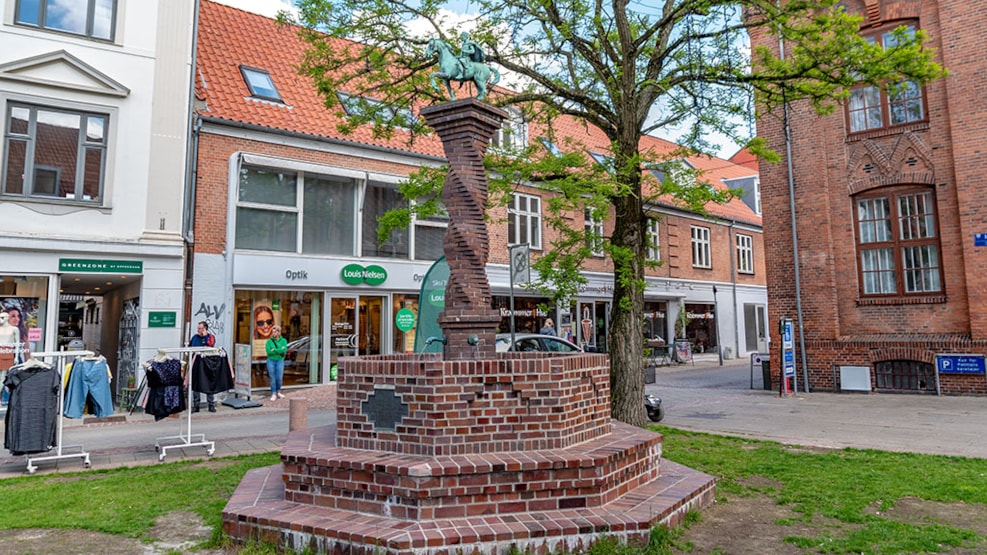 The bronze sculpture, which is also called "Denmark's smallest riding statue" was erected on the occasion of Næstved's 800th anniversary in 1935. It is a 42cm high bronze statue which depicts the nobleman Peder Bodilsen for horse.

The statue is made by the pictorial artist Mathilius Schack Elo and the base is made by architect Hansen-Reistrup.