Dark Sky at Møn and Nyord

Go to Møn or Nyord, where you can experience the “Dark Sky” phenomenon – a night sky without light pollution, allowing millions of stars to wink at you.

If you want to experience the “Dark Sky” phenomenon, go to Møns Klint, where there is a complete absence of light pollution. The experience, where millions of stars shine in the sky and are reflected in the sea 128 metres below you, is nothing short of magical. This is one particular experience that yoga and other mindfulness exercises can’t match. The Dark Sky experience is just pure wellness for the body, mind and soul, so relax and enjoy the moment. Enjoy living in the moment right here!

Where and when can I see the Dark Sky?

Møn and Nyord are some of the few places in Denmark where it is possible to experience the Dark Sky phenomenon. The best time to enjoy it is from September to March, when the nights are longer, but the Dark Sky phenomenon can of course be experienced all year round. On a summer’s night, you can observe the Milky Way as a broad, whitish band of light stretching across the entire sky. You can spend the warm August nights counting shooting stars, and in the autumn, you can see the Andromeda galaxy – a tiny bit of misty fluff in the night sky.

Explore with a guide

Join the skilled guides and go stargazing in a new and completely unique way! 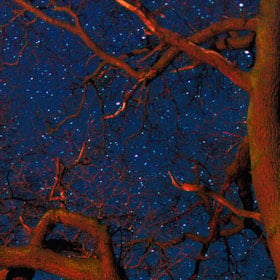 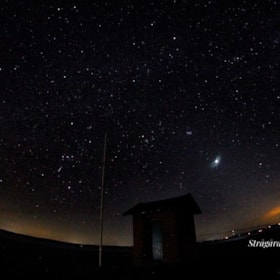 You have certainly experienced a big star at a concert, a great show or other exciting events. At Strågården Nyord they have turned it all upside down... 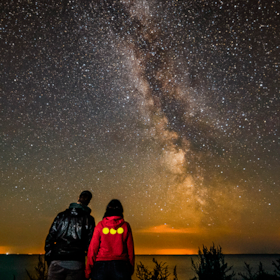 Even if it’s cloudy and the stars are hidden away, a nighttime walk is still well worth it. The completely undisturbed darkness can be an unforgettable experience that involves all of the senses. Sounds, smells and an unexpected sensuality are experienced in a whole new way. Go on a night hike with a Dark Sky Guide for the full experience.

1. Dark Sky refers to a worldwide effort to reduce light pollution, as most cities have so much light at all hours of the day that it’s not possible to see the stars in the sky. In fact, 80% of the world is affected by light pollution!

2. The light you see from a twinkling star is actually several thousand years old, which means that seeing twinkling stars is like looking back in time!

3. Dark Sky Parks exist in 44 places around the world, 9 of which are in Europe, but Møn and Nyord is the first region in the world to have been named both a Dark Sky Community and a Dark Sky Park 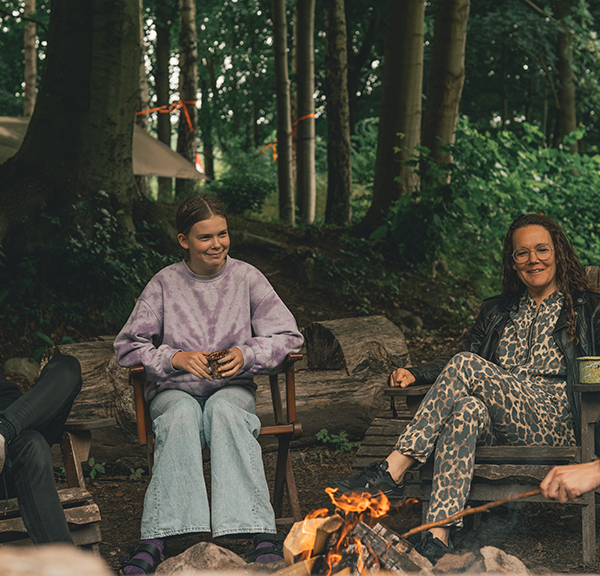 The dream about your personal oasis can become true on Camp Møns Klint. Give you and your family room for peace and freedom and experience a holiday with perfect balance between great activities and unique accommodation. Experience the great outdoors of the high hinterland of Møns Klint, t... 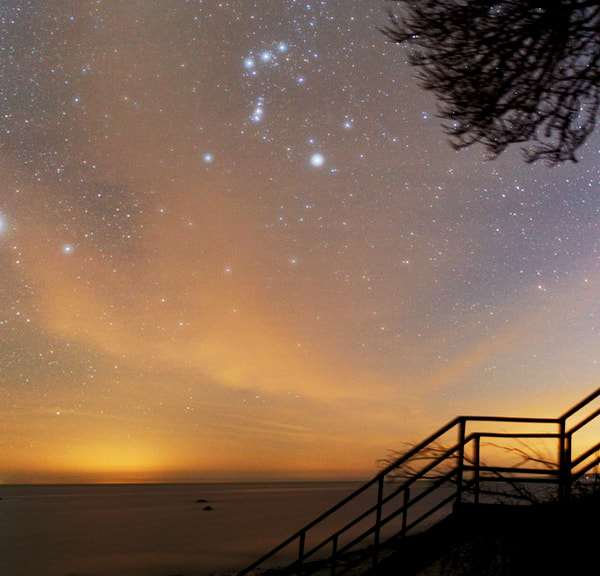 Experience Dark Sky at Tiendegaarden on Mon!"Accommodation with soul and charm" is the title of our lovely B & B near Møns Klint. For more than 50 years we have welcomed guests from far and wide, and many returns again and again. Yellow cornfields surround the place, there are no neighbo...